Everything might seem sufficient when you are buying Water Damage Insurance – they’re selling you the cover.  Most people find out the true extent of their home insurance once they’ve had an incident.

If many people experienced a home disaster, Water Damage Insurance companies wouldn’t make any money, so we sincerely hope you haven’t been one of the unfortunate few.

At Hollywood Restoration, however, we frequently deal with disaster-ridden property owners and often, their Water Damage Insurance policies just don’t cut it for them.

Why should you consider flood and water damage insurance?

Despite being known as the ‘sunshine state’, Florida is actually prone to sudden influxes of water. Whether that be from general rain or sudden storms, there are more than enough reasons for inhabitants of the East coast to take out flood insurance.

Think about it – the monthly cost of a Water Damage Insurance flood insurance policy is minimal, but it could save you thousands.

Although they’ll lead you into believing it, most home insurance policies don’t cover ‘force majeure’ incidents, which includes unexpected flooding.

Government research has shown that, between 2008 and 2012, the average insurance claim came in at over $40,000. That’s a number that no-one wants to see on their bank statement.

Flood and water damage – how are they different?

Come on, we know insurance companies are bad, but they’re not that bad – right?

If you hold that belief, you might want to reconsider. This is taken verbatim from one homeowner’s policy:

“Water damage is defined as instances of water hitting your home before touching the outside ground’.

Pretty specific. If you’re unsure of how your water damage insurance policy protects you, it might be time to take a look over your documentation.

Although any home damage incurred from a faulty pipe or washing appliance are covered, water that touches the soil prior to hitting your home – like a flood – isn’t covered.

It’s also worth noting that the only part most water damage insurance policies cover is the damage to your home. If you also want to claim for the damage to the product that engulfed your house in water, you’ll have to contact the supplier. 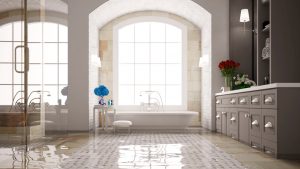 Flood insurance policies, however, will cover water that touches the ground first. If you’re in the Eastern states, we recommend you see what the market can offer you as far as flood insurance is concerned.

In addition to price comparison sites, you can also take a look at www.floodsmart.gov/floodsmart. After the hurricanes that have hit the US over the last 10 years, the government have started tracking the costs associated with flood repairs.

The site will give you some useful pointers on how you can find an insurance policy that’ll offer what you need without breaking the bank.

Different to the very specific definitions in most homeowner’s insurance policies, flood and water damage insurance is a little more general when it comes to damage cover:

If you think you live in an area that could suffer from flooding, don’t hesitate. Take out a policy now to avoid any unnecessary payments in future.

GET A FREE CONSULTATION!

Just call or fill out the form below